So we’ve been in class for a little over 2 months and I’m really happy with how well we’ve all settled into the rhythm of class. I wish I could see you all here all the time, but I understand some of you guys have plenty of things to do after school. For those of you who have been attending class, you probably already know that we got our heaping supply of new photo printing paper. If you plan on making enlargements out of your negatives, you need to come to class to make a contact print (or prints, depending on how many rolls you’ve developed so far) so you can figure out which of your photos you’re going to enlarge. You each will get a package of brand new Foma paper. So put your name on it and store it in the refrigerator when the paper is not in use.

We also received a good supply of photographic chemicals to develop both film and paper, so we’re covered on all fronts and it’s full-steam ahead for those of you who want to come in and develop film or print pictures. I also have a handful of projects that we’ll be doing next week, but we’ll cross that bridge when we get to it.

For those of you who haven’t been to class in a while, we miss you quite a bit. I’d like to have you come back if possible but, if you think you won’t be coming back to join us, I’d like to have the camera I checked out to you returned. We’re a bit short on cameras for new students who are just now joining us and I’d like the cameras to be used by someone. Remember, we only have a handful of working cameras and, if the camera isn’t being used by you, it could be making someone else a very happy photographer! 😀

Anyway, hope you’re all doing well. I’ll be in the darkroom during lunchtime today (Friday the 13th! BLACK CATS AND BROKEN MIRRORS EVERYWHERE!) to develop film. Drop by and hang out! In the meantime, here’s a picture of my walkie radio, which is conveniently always turned off whenever my boss wants to get a hold of me. 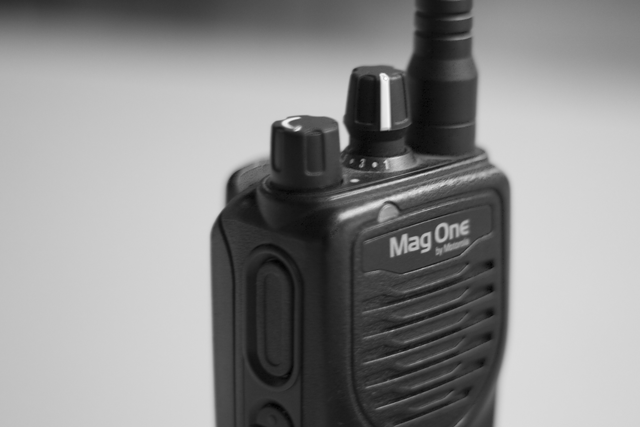