Chemistry Ought Not Be For Chemists Alone

Here’s the thing about chemistry in high school. I flunked it. BADLY. I wasn’t very good at it because it didn’t interest me and, since I had my mind made up that I was going to become an artist, I was convinced that I would never need to learn that “dihydrogen monoxide kills 380,000 people per year worldwide“. The problem with your convictions is that they always come back and kick you square in the ass. So when I first went into the darkroom in college to follow instructions that I wrote down, I didn’t know why they worked, just that they did.

Film is extremely photosensitive (reacts to light) because of the silver halide. By ILFORD film manufacturing standards, “silver gives better control of image tone and is predictable, reliable and stable, makes it the perfect platform for creative image making”. The impact of a single photon on a grain of silver halide causes it to form a nucleus with at least 4 silver atoms and it can be amplified by a reducing agent like a “developer” chemical. The grain size refers to the size of the silver crystals in the emulsion. The smaller the crystals, the finer the detail in the photo and the less photosensitive the film is and the slower the film is. However, the higher the film speed is, the more grainy the film tends to become upon enlargement. Below is a simple film grain comparison courtesy of Biofos.com:

In our class, we’ll mainly be sticking with 400 speed film. It’s a very versatile film speed without losing a lot of detail. 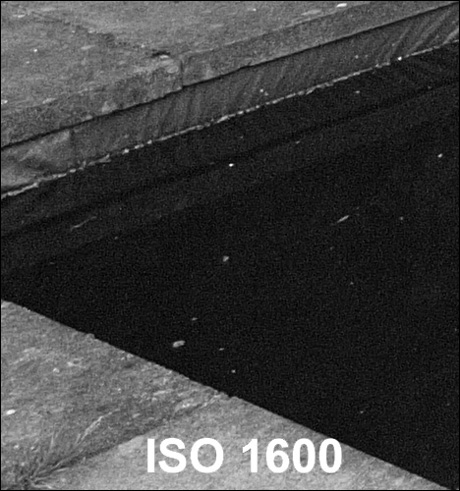 As you can see, the higher the film sensitivity, the grainier the film negatives become. We’ll be saving this stuff for some seriously advanced lessons.

Now that the chemistry lesson is over, it should be noted that it would have helped if I’d read up on it prior to attempting to develop my first couple of rolls of film. I also didn’t know what the chemicals were supposed to look like when they were mixed at the right water dilution ratios (1:9 at 68° F for the Arista developer we originally had in the cabinets; it was really old stuff) so, when I first poured my first mixture into my first roll of film, I was more than a bit crestfallen when my film came out like this: 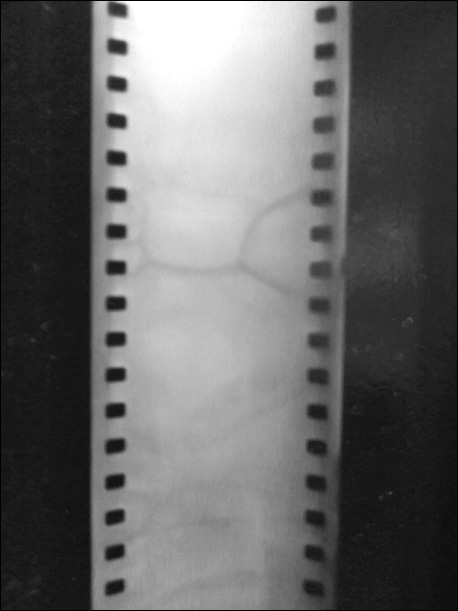 I decided that maybe I was screwing up the ratio, so I mixed it at 1:10 and got an identical result. After I decided that I didn’t want to go insane in a black-walled dungeon on my school campus, I decided to call my friend Jessica Chan; the former photography teacher at Mt. Whitney. Once we mounted our bluetooth headsets on our heads, she talked me through the whole process. I started extrapolating that maybe the chemicals were bad and then the question that convinced me of that was simple: “Is the developer supposed to be brown?”, to which the answer — after a long pause — “NO. If they’ve been sitting there for a while, they probably didn’t get sealed correctly, got oxygenated and went bad. Your chemicals have been screwing up your film.”. I had talked to Michael about this earlier in the day and he had also suspected it was the chemicals but I, like a fool, simply thought the chemicals were fine. Since I didn’t have any way or knowledge of how to test them, I just went along my blissfully-ignorant way thinking that I’d be okay.

I finally found a still-sealed bottle of Ilford DD-X developer that was (surprise!) clear as water and completely odorless, so I tried my luck again and, to my complete lack of surprise, my third roll of film finally came out like this: 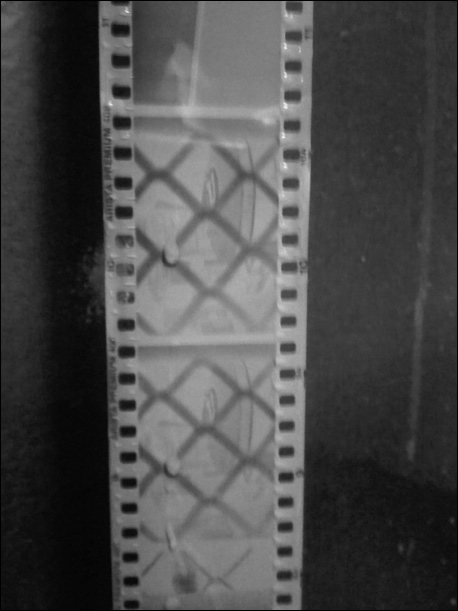 Jessica told me that they came out a little light and probably needed to be in the developer longer because I probably hadn’t considered the temperature when developing this one, a piece of advice that I found out by that afternoon was right on the money. Sadly, I don’t have a photo of that negative but take my word for it. Yes?

So, to sum up this long-winded entry: Today I learned that it is probably better to ask someone who knows what they’re doing for help than to prove yourself a damn fool.

“Insanity means doing the same thing over and over and expecting different results.” -Albert Einstein