It’s a heaping pile of treasure!

Today I went into the darkroom to begin (what I thought would be a painstaking process of) putting them together. In there for a couple hours but managed to assemble 12 of them which were, exactly as Mike had said a few days ago, “in fantastic condition”. 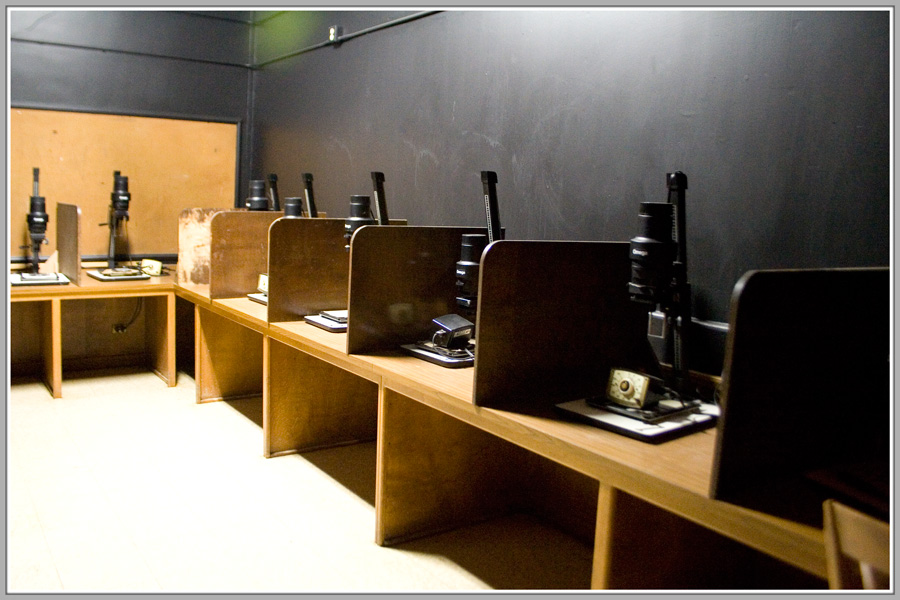 Ie also found all the paper trays, safe light filters, and negative holders for the enlargers inside the inner darkroom, which took some arranging: 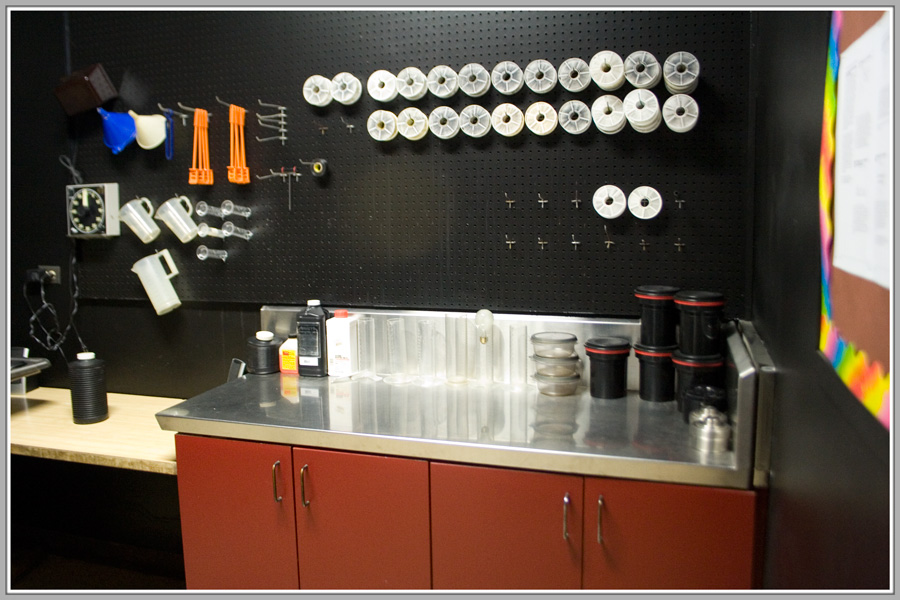 My main find was a haphazardly piled mound of photography paper. Most of it was sealed, so I separated it and put it in the refrigerator where we keep the film and tossed out the stuff that had clearly been damaged by water. My guess is that we won’t know the extent of the damage until we actually start enlargements a couple of weeks into class.

I also moved the light tables to the main classroom so that they don’t take up space in the darkroom. I don’t need extra light sources in there.