This is the camera inventory I stumbled upon inside the camera cabinet. They’re all film cameras but some aren’t in the best condition. 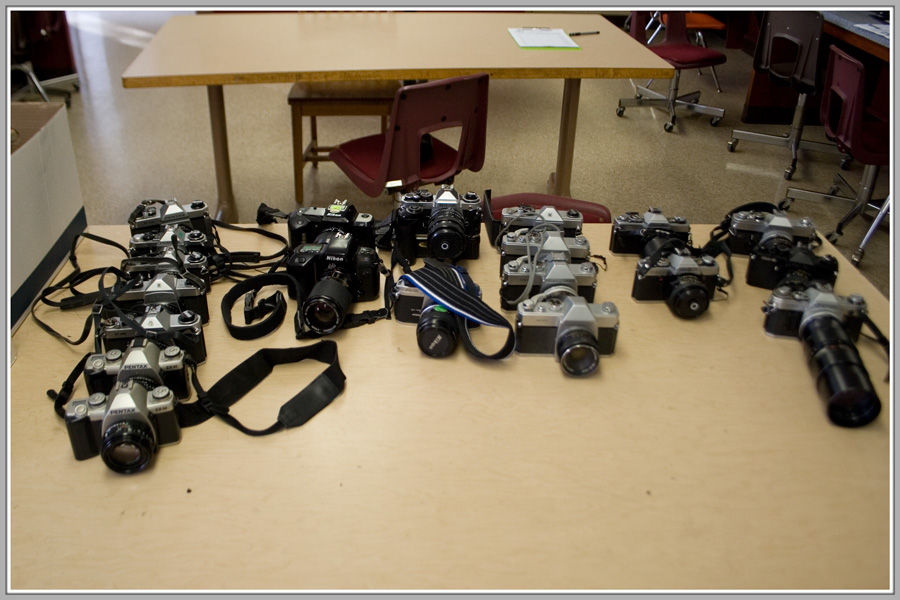 Old cameras (pictured above) these will probably be used for students who feel like getting extra creative after they learn the basics:
Two Minolta XG-1 cameras
One Canon FTb (needs to be refoamed and needs a new mirror)
One Canon AE-1
One Nikon FG-20
One Nikon FE-2
One Chinon CM-3 (Badly beaten, missing brand placard, I had to Google it to find out what it was)
One Argus STL1000 (film compartment lens broken; my old man had one identical to this one but it’s in pieces now.)
Two Mayima/Sekor STL1000 cameras (both have lenses but the zoom on one the lenses is jammed)
One Miyami/Sekor 500DTL
Two Pentax ME Super cameras
One Pentax K1000 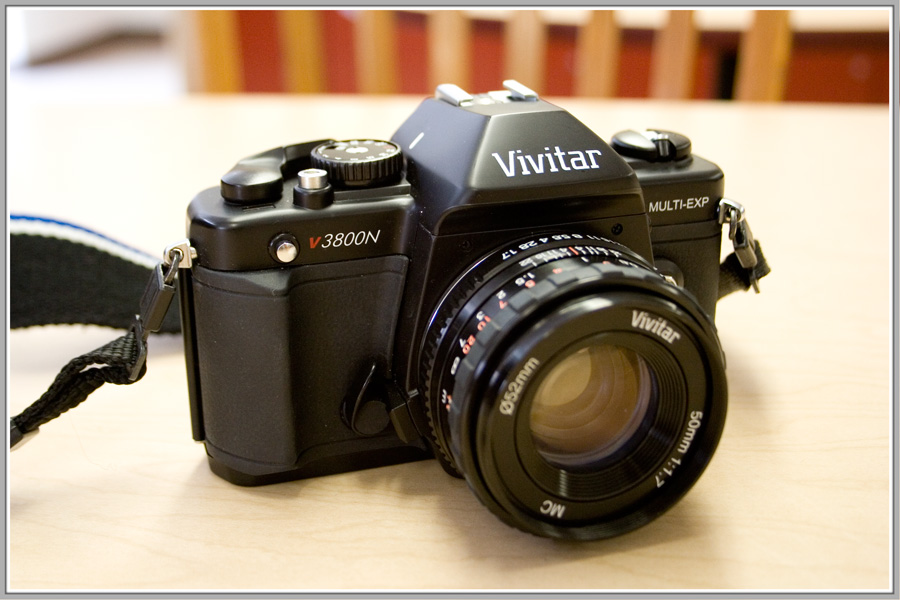 These are the ones I’ll be using. They’re barebones and perfect for learning film on. I took camera #1 since I’m gonna learn how to use it before I try to give students pointers on them. Some work and some don’t but the vast majority are still in great shape. The inventory list was e-mailed to Mr. Boucher just so he could know what we have

I also found a massive stash of lenses and boot-mount flashes that are either broken or simply not in working condition. They will probably need repair but I don’t think I can sink money from my budget to do so unless the students show interest in getting really adventurous with the older equipment. We’ll see how that goes from here. The one item that I found in there that I felt deserved special mention was this Canon lens: 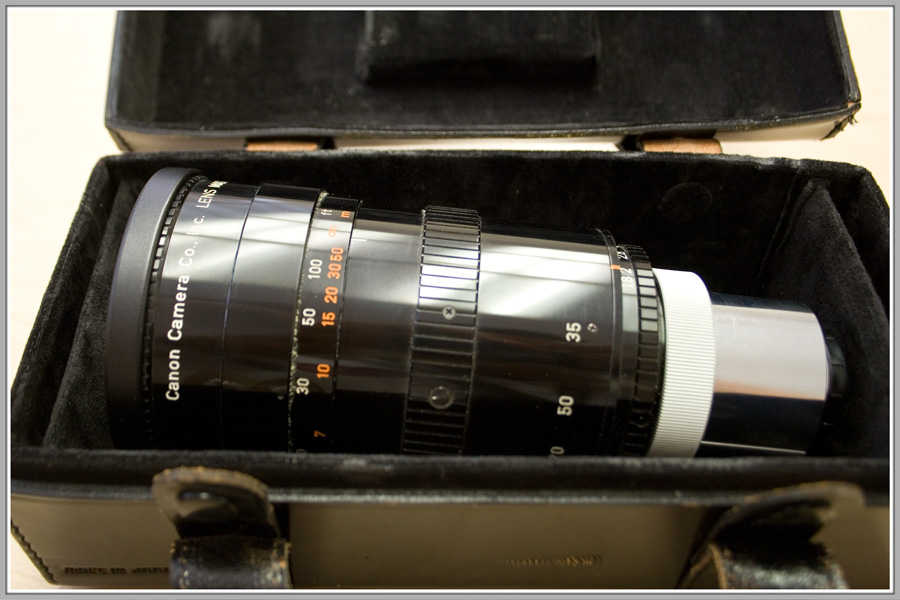 It’s a Canon TV C-16. Upon further research, I found out it’s a television camera lens. I know nothing about it or what it’s worth but a quick eBay search shows that they sell for about $100.

However, my personal favorite item and one I have serious issues about it just sitting there in the cabinet, is the crown jewel of the lot: A Yashica Mat-126g crank-advanced double-lens camera! 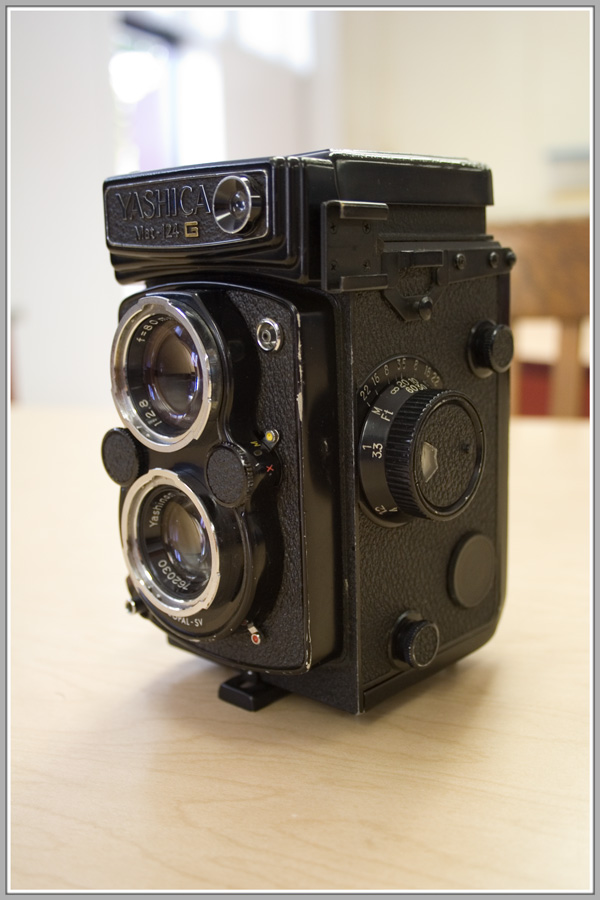 I am tickled every single color of the rainbow just knowing that it’s in there. We’ll never use it but I’d like to have it on a mantlepiece in my classroom and look at it forever! <3

I’m really stoked about this! I can’t wait to get these kids in here and popping off (film) shots like it’s the revolution!