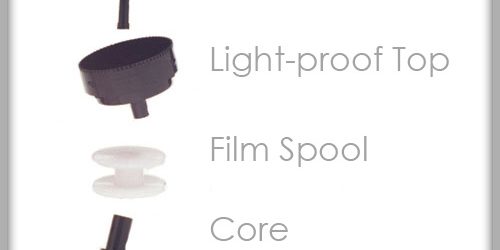 Today we learned a very important lesson when doing our agitations with the film tank. For reference as to what I’ll be naming, here is a labeled illustration of the developer tank parts: 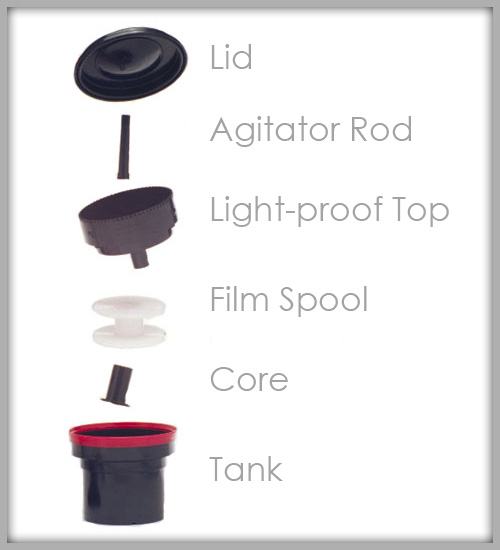 A lot of these tanks are pretty old and some of them are downright cracked and leaky. So it should come as no surprise that, in the process of pouring out the developer today, the light-proof lid came off completely (the plastic nubs that hold it in place simply weren’t there and none of us noticed) and spilled two rolls of film into the sink before we could add the stop bath solution to the film. We got them into the tank as fast as humanly possible and thankfully we didn’t ruin either roll completely but they did show water-type blotches on the exposures closest to the outside; sure signs of photoactivation.

Remember to hold the lid with your index finger when pouring out any liquids from the tank into the sink, troops. The film is not safe to go into the light until it’s been fixed.

(This entry has been brought to you by catastrophic instructor error and by words that begin with the letter “F”.)