Many years ago, I became the proud owner of my first big boy bike: A 1997 Bianchi Super GY. I had it for many years and then I stopped riding for a while. After that, my dad used the bike and I didn’t see it as often. 😔 Fast forward to 2014, I was riding my bike to work daily and working at ProYouth. It was that year that this bike was stolen from our office. I will repeat that… FROM OUR OFFICE. 😱 I put it up on @bikeindex and soon lost hope I’d ever see it again. My dad was especially disappointed about this, because he loved that bike and it was actually stolen from (and returned to) him once before. 😣

3 weeks ago, I received a text from a man I’ve never met named Shane. Shane found the bike. He was bidding on it on eBay, knew he had seen it before, went and found it on BikeIndex and informed me about it. 😶 One look at the eBay listing, and I knew it was my Bianchi!

I figured I’d have nothing to lose, so I contacted the seller on eBay. The seller was the original Trips For Kids chapter. They have been around since the 80’s and restore and sell bikes just like this to fund their trips. (Please donate to them or our local chapter Trips For Kids Tulare County. They’re all a solid group of folks who give kids the priceless gift of loving cycling.) After corresponding with them over a couple of days, they agreed to take the bike off sale on eBay and allowed me to come pick it up… In San Rafael… 4 hours away. How it ended up here is beyond me and, honestly, the mystery is a much better tale for me. Thank you to the gang at Trips For Kids Marin for reuniting me with this heirloom. It means so much to me. 🥺 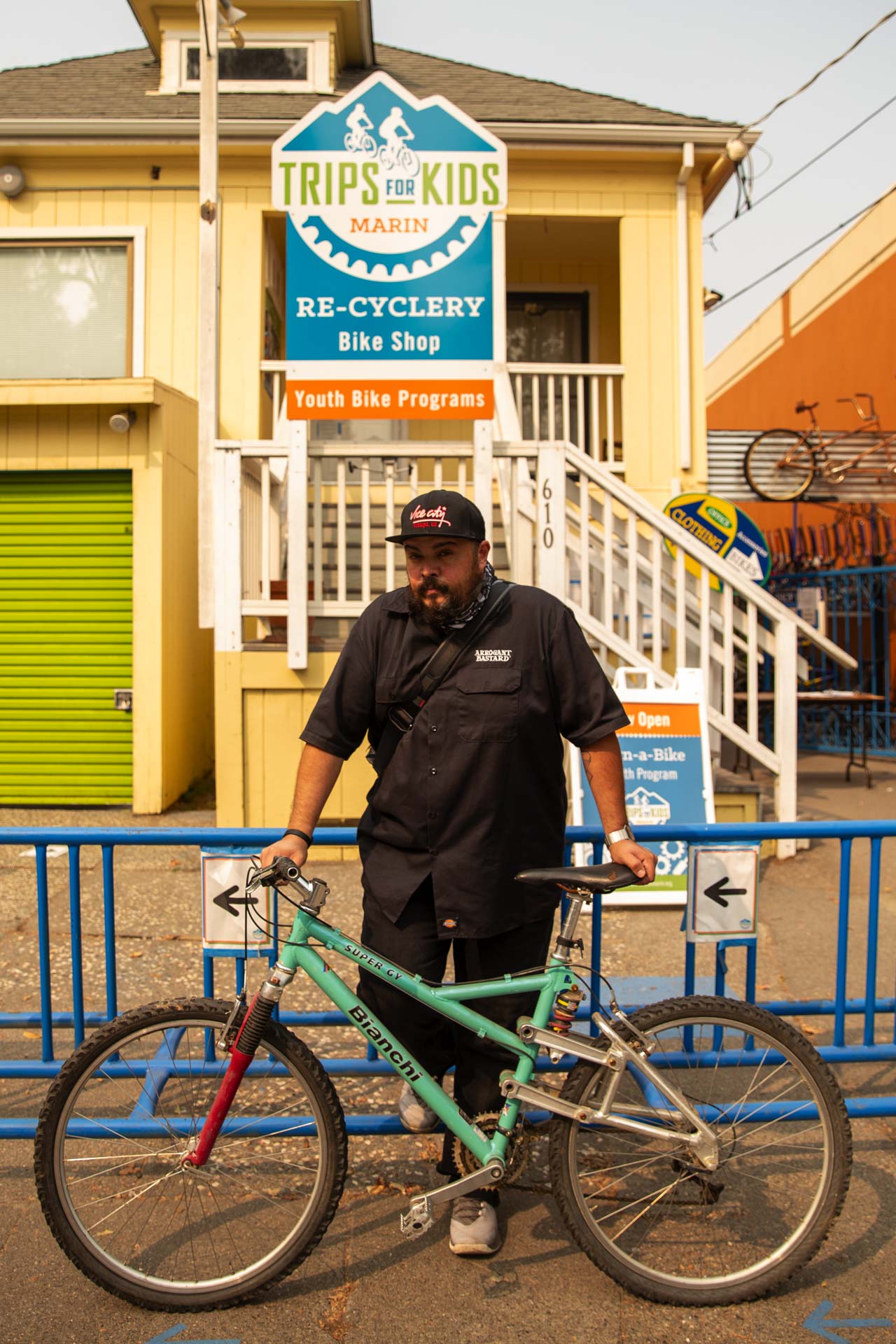 📸: 24-70mm 2.8 L by Eddie Reveles, who also drove us here in record time. 🏎 We rewarded ourselves with hot chicken sandwiches from @worldfamoushotboys and bolted home. 😋