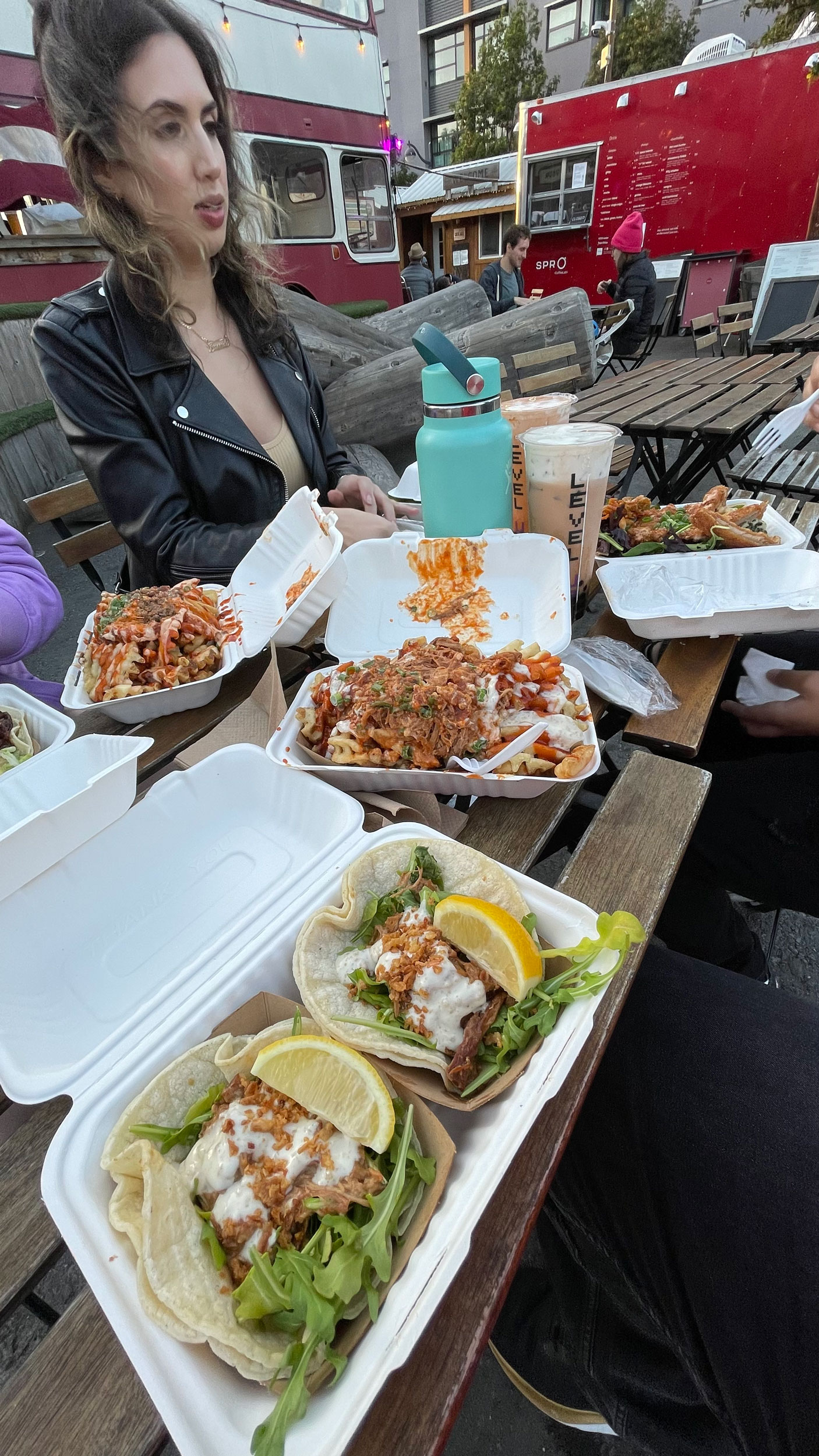 ed into San Francisco today and went out and about in the city. Ended up coming back to my hotel and calling up my cousin Brenda and she drove us around in Mission Bay. We went to her friend’s spot where Guapdad (he was just at Strummer’s!) was performing and then we bounced here to SparkSocialSF and hit up a couple of the trucks here. Koja never disappoints.